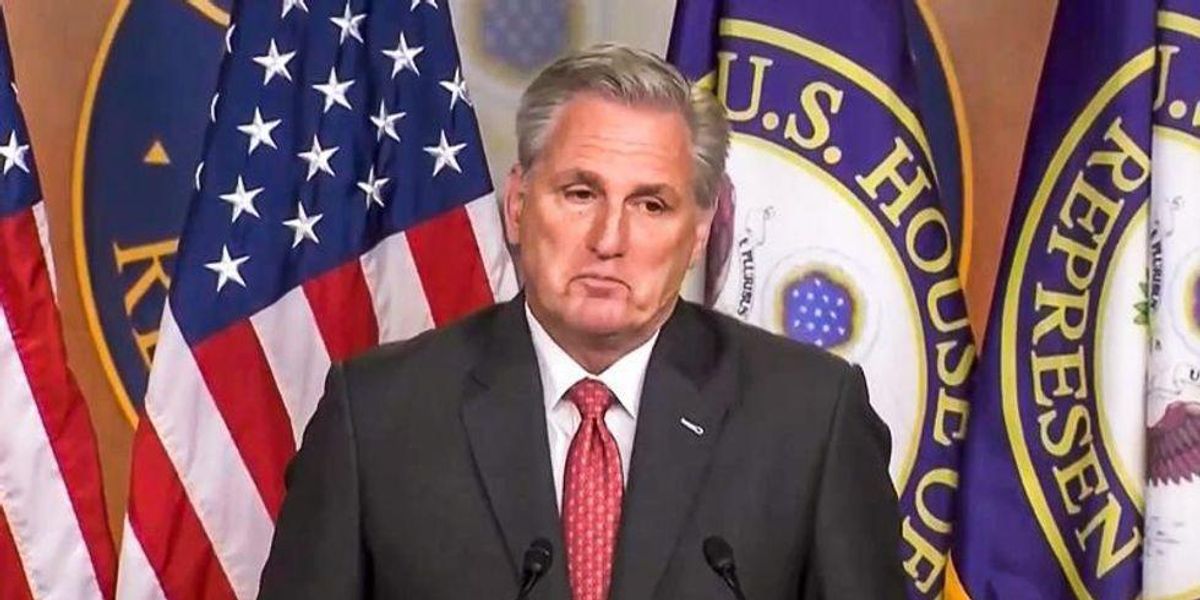 The same can be said of Greg and Travis McMichael, father and son, as well as their neighbor, William Bryan, all of whom are on trial right now in Georgia for the killing of Ahmaud Arbery, an unarmed Black jogger who was chased down by three white men last year. The men filmed themselves arguing with and then shooting Arbery dead. They, too, are now claiming “self-defense.”

McMichael took the stand on Wednesday to claim that he was justified because he tried to “deescalate” the situation, even though he admits he chased Arbery through the neighborhood in a truck and when that didn’t work to get Arbery to acknowledge him, brandished a gun at him. He claims Arbery tried to take his gun, and complained from the stand, “He was all over me, he was still all over that shotgun and he was not relenting.”

Arbery, of course, cannot claim to have been acting in self-defense — because he is dead.

In both cases, the prosecution is arguing that it was not the shooters who were engaging in self-defense, but the victims — that they were trying to disarm dangerous men, who used that as a pretense to kill them. In both cases, the shooters wept on the stand in self-pity, clearly outraged and shocked that they are facing even the possibility of punishment for killing men they should have never tangled with in the first place. They’re banking on what conservative David French notes in The Atlantic is the “narrow nature of the self-defense inquiry” that only looks at whether the person reasonably believes he’s protecting himself from serious harm in the moment. But that defense allows people to “escape responsibility for killings that are deeply wrongful in every moral sense,” French argues, as it erases all the aggressive behavior that caused the conflict to happen in the first place.

The narrow reading of the law aside, in the cultural sense, there is nothing sensible about viewing these killings through the lens of “self-defense.”

In both cases, white men hopped up on cowboy fantasies went out looking for trouble. When you want trouble, it’s easy to find, especially if you go around chasing people and waving guns at them. These are not situations most people imagine when they think of self-defense, which is where you are minding your own business and someone attacks you. In both cases, if the shooters had not sought out conflict, they would have killed anyone.

Blame the National Rifle Associaton (NRA) and the gun industry, which has had a massive assist from the right-wing media. For decades, the gun lobby has fought a battle on two fronts — through law and propaganda — to redefine the American concept of “self-defense” away from the sensible one and towards one that encourages people to seek out violent conflict. They’ve empowered every insecure yahoo in the country to recast himself as a hero in an action movie, who goes out hunting for bad guys under the guise of “protecting” the community. Of course, in the real world, bad guys aren’t as easy to find as they are in the movies, and so there’s the ever-present temptation to round up people who aren’t actually threats — lefty protesters armed with skateboards and Black men out for a jog — into the role of the villain, to make those violent fantasies come true.

We see this most clearly in the spate of “stand your ground” laws that the NRA spent years aggressively lobbying state lawmakers to pass. (About half of all states have some version of this law.) As the gun safety group Giffords explains, these laws “allow a person to use deadly force in public, even if they know they could safely avoid any need for violence by simply stepping away from the incident.” They were passed with bad faith arguments that they would prevent violence, but in fact, they are linked to higher rates of violence precisely because they incentivize starting fights. With these laws, you can start a fight with someone and, if they punch back, you can now claim “self-defense” to justify shooting them. “In other words,” as Giffords notes, “they make it easier to get away with murder.”

This ugly reality was exposed in the 2012 killing of a teenager named Trayvon Martin by George Zimmerman in Florida. Martin had been out buying candy at a convenience store when Zimmerman spotted him. Zimmerman had a classic case of racist NRA brain, and notoriously had logged 46 calls to emergency services in the years before killing Martin, usually to report “suspicious activity,” such as “children playing in the street,” Black men driving through the neighborhood, Black teens hanging out, dogs sitting outside, and, of course, parties. That night in Florida, Zimmerman called 911 and chased Martin down, even as the 911 operator told him to leave Martin alone. The ensuing conflict led to Zimmerman killing Martin. Because we can never know who technically hit who first, Zimmerman was able to get away with it. (There’s a strong reason to believe that Martin was acting in legitimate self-defense after being followed by a creepy racist, but he’s dead now, so there’s no way to hear his side of the story.) What we can say with absolute certainty is that, if Zimmerman had left Martin alone in the first place, none of this would have happened.

Wisconsin doesn’t have a “stand your ground” law, to be clear. But the laws are just a symptom of a larger problem, where the gun lobby has aggressively promoted flashing guns, using guns for intimidation, and other such escalations and threatening behavior as “self-defense.” That, in turn, empowers people like Rittenhouse, Bryan, and the McMichaels to grab guns and go looking for confrontations. It’s why jackasses like Mark and Patricia McCloskey can come out of their house and wave guns at unarmed people who are merely walking past their house, and somehow argue that they are behaving in “self-defense.”

That guns are so useless in real self-defense is no doubt why the gun lobby has been intent on redefining the cultural conception of self-defense to cover people who grab a gun and go looking for people to fight with. It’s hard to get people all excited to spend money on guns, when the chances you’ll ever need to defend yourself are low and throwing a chair at an attacker and running away works just as well, if it does happen. Instead, guns are marketed to people — mostly men, but increasingly women — who are insecure and often incredibly racist, and who enjoy the power fantasy the gun represents.

“If you can arm yourself because you have declared yourself a substitute for law enforcement and then you claim people were grabbing for your weapon so you killed them with it, are you always justified? Must we always assume that the dead victim, who cannot testify, was the aggressor?” Dahlia Lithwick lamented in a recent Slate article about the Rittenhouse trial. She quotes philosopher Renee Jorgensen, who notes that the proliferation of guns at the Kenosha protest created “a kind of a Wild West situation where it’s not unlike armed combatants in war.”

Indeed, the surviving victim of the Rittenhouse shooting, Gaige Grosskreutz, testified during the trial that he also pulled a gun that night, characterizing his behavior as an effort to stop Rittenhouse, who had already killed two people. Unfortunately, Grosskreutz’s gun only served to strengthen the “self-defense” claims of the Rittenhouse defense team, proving Jorgensen’s point: All the guns in everyone’s hands just creates a lawless Wild West situation.

This is no doubt how the gun lobby wants it.

The more people there are out there waving guns and shooting at each other, the more others will start to believe they, too, need a gun to protect themselves. So more guns will be sold. Sure, the result is the ridiculously high murder rate in the U.S. — which is many times higher than that in comparable nations in western Europe — but what do gun executives care? They get their money and their yachts and their expensive designer suits. The cost is borne by everyone else and paid for in blood.