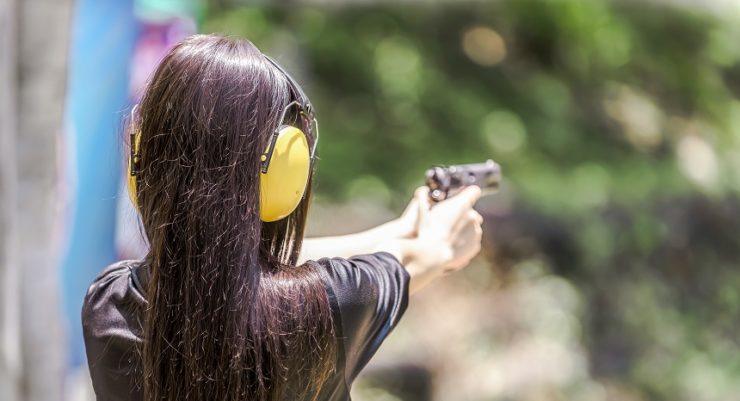 DALLAS, TX (November 9, 2021) — Firearms Policy Coalition (FPC) today filed a new federal Second Amendment lawsuit in the United States District Court for the Northern District of Texas seeking to restore the right to carry arms in public for adults under 21 years of age. Defendants in the case include Steven McCraw, Director of the Texas Department of Public Safety. The lawsuit seeks a declaration finding the Texas carry ban as to adults under age 21 unconstitutional, an injunction, and attorney’s fees and costs. The complaint for Andrews v. McCraw can be found at FPCLegal.org.

“Under the 18-to-20-Year-Old Carry Ban that Defendants enforce, Plaintiffs Andrews and Blakey, along with other similarly situated members of Plaintiff [FPC], are categorically prohibited from obtaining a license to carry a handgun and denied the right to carry a handgun for self-defense on their person in public, in direct violation of the Second Amendment, as incorporated against the State by the Fourteenth Amendment,” the complaint says.

In June, Texas Governor Greg Abbott signed the FPC-supported H.B. 1927 into law, enacting “constitutional carry” (i.e., permitless carry) in the Lone Star state. However, the bill did not extend the Texas statutory right to bear arms to adults under age 21. Through today’s lawsuit, FPC now seeks to ensure that all non-prohibited adults in Texas can exercise their fundamental Second Amendment right to bear arms outside the home.

“This lawsuit is part of our nationwide strategic litigation program designed to restore the Second Amendment and ensure that all non-violent individuals are able to exercise their fundamental right to keep and bear arms,” said Adam Kraut, FPC’s Senior Director of Legal Operations. “While we were glad to see Texas enact constitutional carry for adults over 21 years of age, that bill left us the important task of seeking judicial relief for adults under 21. We look forward to vindicating the rights of our members and all young adults who reside in Texas.”

In the complaint, the plaintiffs “acknowledge that their facial challenge to Texas’s ban on public carry by 18-to-20-year-olds is foreclosed in this Court by National Rifle Association of America Rifle, Inc. v. McCraw, 719 F.3d 338 (5th Cir. 2013), but they believe that case was wrongly decided. They therefore institute this litigation to vindicate their Second Amendment rights and seek to have McCraw overruled by a court competent to do so. Even under McCraw, however, this Court can and should rule in favor of Plaintiffs’ as-applied claim with respect to 18-to-20-year-old women asserted by Plaintiffs Blakey and FPC on behalf of its similarly situated members.”

Thus, while the District Court could still find in favor of Plaintiffs Blakey and FPC on the as-applied claim, the case seeks to have the wrongly-decided McCraw case overruled by the Fifth Circuit Court of Appeals.

Individuals that are interested in joining FPC in the fight against tyranny can become a member of the FPC Grassroots Army for just $25 at JoinFPC.org. For more on FPC cases and other legal action initiatives, visit FPCLegal.org and follow FPC on Instagram, Twitter, Facebook, YouTube. FPC and its FPC Law team are the nation’s next-generation advocates leading the Second Amendment litigation and research space. Some FPC legal actions include: