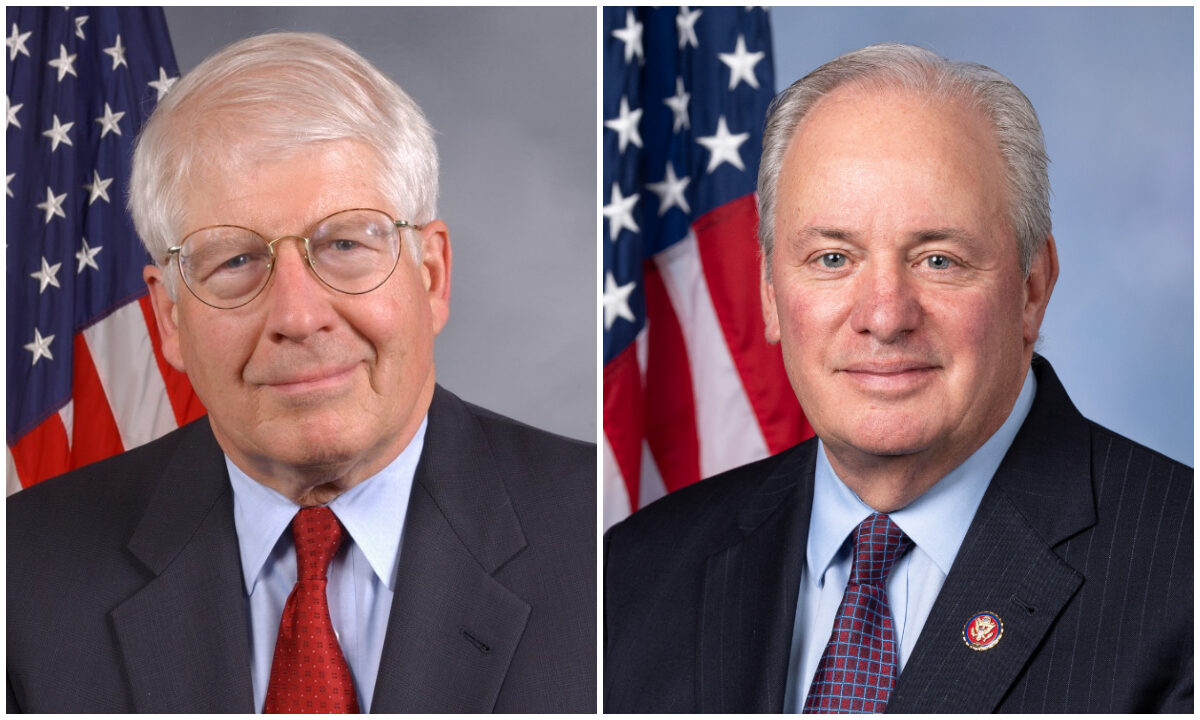 Reps. Mike Doyle (D-Pa.) and David Price (D-N.C.) plan to retire at the end of their term in 2022, adding more names to a growing list of Democratic retirees.

Doyle has been in the House of Representatives since he was first elected in 1994.

Doyle came in just as Democrats’ stranglehold on the lower chamber, which they had held since 1955, was slipping. Doyle was elected by constituents of Pennsylvania’s 18th district, a seat in Congress previously held by Republican Rick Santorum before mounting a successful Senate bid the same year, centered in the eastern suburbs of Pittsburgh—one of Democrats’ few achievements in the otherwise disappointing election.

Doyle has been returned to office every term since then, and he has often run unopposed or with little opposition. In the election of 2002, Doyle moved from the 18th district to the 14th; In 2019, he returned once again to eastern Pittsburgh’s suburbs.

Doyle thanked his constituents while making the announcement, saying, “I stood by the people of Pittsburgh and they stood by me, sending me back to represent them 13 additional terms.”

He continued, “I have no doubt they would do it again today if I were announcing my intention to seek reelection in 2022. But I believe the time has come to pass the torch to the next generation.”

Doyle explained the decision: “The district deserves to hear from a robust field of candidates, and I want to make sure the potential candidates have enough time to fundraise and put their platform in front of the people of Pittsburgh.”

In Congress, Doyle sat on the House Committee on Energy and Commerce, and headed the Subcommittee on Communications and Technology.

During his time in Congress, Doyle joined other Democrats in opposing any relaxation of the laws governing so-called assault weapons. In 2006, the NRA gave Doyle a zero percent score for gun rights support. Conversely, Doyle received a relatively high rating of 90 percent from gun control group the Brady Campaign.

On other issues, like abortion, Doyle has shown himself to be somewhat more moderate. When he came into office in 1995, the congressman opposed abortion altogether, a position which he reversed in the 2010s.

On the other hand, Doyle remained in favor of the Hyde Amendment, which prohibited abortions from receiving federal funding (cases of rape, incest, or danger to the mother’s life are an exception to the amendment’s rules). Doyle also supports using federal dollars for Planned Parenthood and similar groups, but supports barring the use of federal funding to perform abortions.

Price said that “looming over” his decision to retire “is the frightful legacy of the last four years and urgent questions about the future of our constitutional democracy.

“So while it is time for me to retire, it is no time to flag in our efforts to secure a ‘more perfect union’ and to protect and expand our democracy,” he added.

The Democrat was first elected near the end of Ronald Reagan’s presidency to North Carolina’s 4th district, which included Democratic stronghold cities like Durham and Chapel Hill.

Unlike Doyle, Price was one of the many Democrats who lost their seat during Newt Gingrich’s concentrated effort to take the House in 1994. Price lost his election by less than one percent; In 1996, Price returned and defeated his former rival, taking back his seat. Since then, Price has won every subsequent election by comfortable margins.

In 2003, Price joined his party in opposing President George Bush’s intervention in Iraq. After it became clear that the United States would go to the country, Price sponsored several pieces of legislation that would have provided oversight to private military companies and other contractors aiding the United States.

In 2007, Price tried to get the United States out of the drawn-out conflict, sponsoring legislation that would have set a deadline for a withdrawal within 120 days of passing. While the bill passed the House of Representatives easily, the Senate blocked debate on the bill, ending its legislative run.

On the other hand, Price was on board with the Patriot Act, another offshoot of the War on Terror declared after the Sept. 11, 2001, terrorist attacks. In 2013, an amendment to the bill was offered up that would have ended the National Security Agency’s controversial data collection program. Price voted against the amendment.

Before her election in 2020, Rep. Eddie Bernice Johnson (D-Texas) also said that she would not run for reelection in 2022, but has not yet confirmed that she still plans to retire.

Joseph Lord is a Congressional reporter for The Epoch Times who focuses on the Democrats. He got his Bachelor of Arts in Philosophy from Clemson University and was a scholar in the Lyceum Program.

Michigan school shooting reveals the epidemic America is ignoring
Animal Welfare, Farming Groups Sue California Agriculture Department for Failing to Enact Voter-Approved Proposition 12
‘The Five’ on Biden’s policy for Omicron variant
Best method of how to make a torch
How to Make Fire in the Snow: The Wooden Campfire Ring: Art of Drying Wood