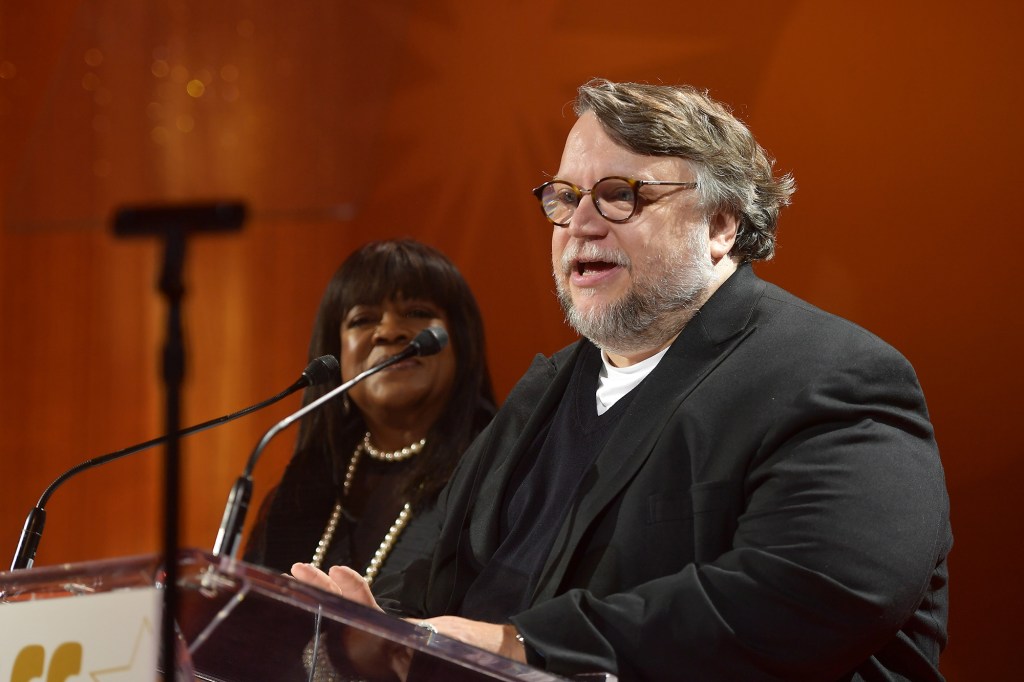 MOVIES: “Antlers.” New Guillermo del Toro-produced horror film about a Northwestern burg with, among other miseries, a drug problem.

Keri Russell, playing a teacher to one troubled kid, says: “Many small towns were affected by the opioid crisis. The monster in ‘Antlers’ is an analogy for the destruction of families, whether from drugs, alcoholism or job loss.”

New daddy Jesse Plemons — his real-life partner is Kirsten Dunst — plays a sheriff. He says: “This deals more deeply with issues than anything I’ve done. My mother and sister are teachers and this, the uphill battle of trying to make a difference when there’s no resources or money, deals with that.”

Film creeps into theaters in time for happy Halloween.

POLITICS: First state to pick 2024 presidential candidates is Iowa. Polling shows Trump ahead. Speaking there, he was advised to not yet announce candidacy. All funds he’s raising plump a general political action committee which can be spent for legal fees, entertainment, other candidates. Immediately when he announces his candidacy, all funds come under federal rules and strict controls. So what’s he do in Iowa? Hint, but hold back.

LEGAL: The National Rifle Association and its CEO and executive VP Wayne LaPierre. NY AG Letitia James sought to dissolve the organization alleging its $200 million assets got used as a “personal piggy bank.” In May, a federal judge denied the NRA attempt to declare bankruptcy so the lawsuit proceeds. Meanwhile, it just held its annual meeting in North Carolina and who was elected CEO and EVP? Wayne LaPierre. He did better than Andrew Cuomo.

Designed to entertain us

FASHION: With boobs and butts now in, and styles and shmattas now out, the fashion industry’s now as successful as Congress. And Isaac Mizrahi, now a singer, says: “I don’t any longer feel involved in the fashion world much more than the clothing I make for QVC.”

He’s into cabaret. Saturday in Sag Harbor’s Bay Street Theater he’ll carry tunes from Streisand, Cole Porter, Madonna. Could have fitted in more but he maybe only had a few sizes left. Tickets start at $69.

BROADWAY: “Dreamgirls” choreographer Aakomon “AJ” Jones will direct a musical about the Four Tops. His tune being this is not more Motown. Not another jukebox musical. The story’s front and center, it’s downbeat. “I’ll Be There” begins here 2022.

MEDICAL: Good news: Hospitalization rate’s dropping in states with increased vaccinations. Bad news: The mutation is spreading. Not through large droplets. Smaller ones float over longer distances indoors. Info is a push may begin for stronger masks.

Also: Nonhospitalized persons who pass on are autopsied to determine possible commission of a crime. There’s now a shortage of pathologists. Upstate hopes no future funerals because the area’s sole examiner Dr. Michael Sikirica refused his vaccination. Regional hospitals have forbidden him their facilities and Rensselaer County is scrambling to find another doctor. Since Sikirica often testifies for the prosecution, a first question locals think he should answer is: “Doc, do you believe in science?”

Also: Warning. Ivermectin, a medication approved to deworm horses, is NOT for COVID use. Patients touting that drug created a shortage for the animals and have themselves experienced negative reactions.

Summer’s over. Enough with ads of houses available for next year. I mean, please. A $5 million house in the Hamptons could be a $500,000 teardown with a multimillion-dollar alarm system.