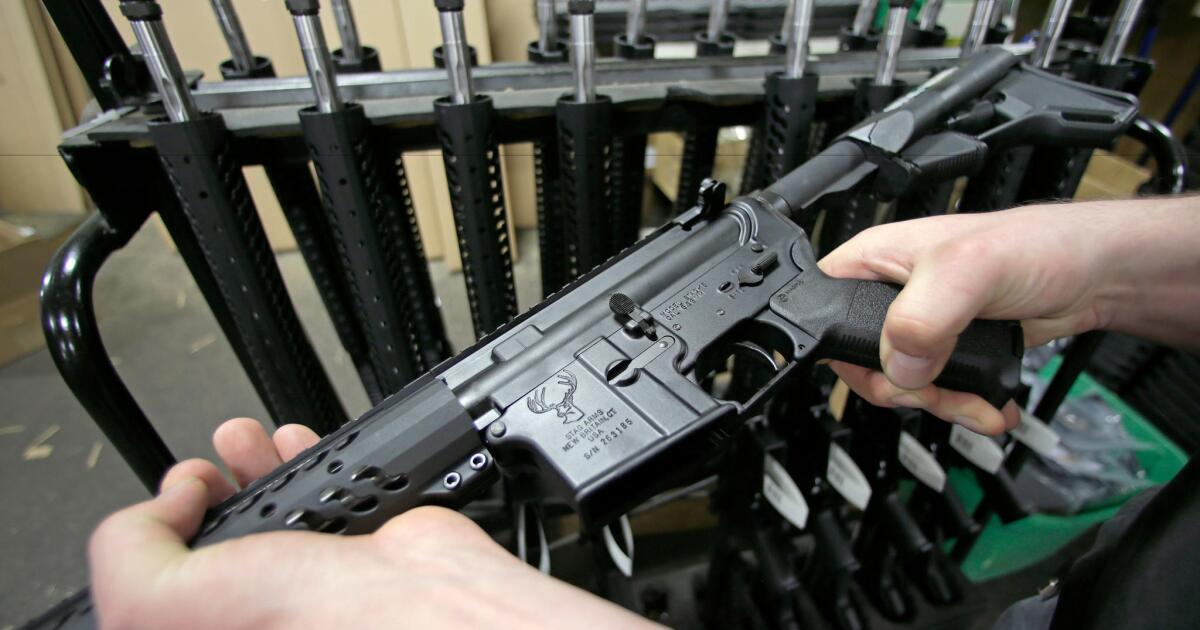 The most remarkable aspect of the gun control package President Biden unveiled last week is that it includes the first major federal regulation of gun violence in over 25 years. And this during a period in which the United States has generally topped the list for gun deaths among developed countries. According to the researchers at the University of Washington, our gun death rate is eight times higher than Canada’s, about 100 times higher than Britain’s, 200 times the rate of Japan.

Imagine if another cause of death — AIDS or drug overdoses or pancreatic cancer — had such a disproportionate effect on the U.S., and Congress took no action for two and a half decades. It would be, as Biden labeled gun violence, “an international embarrassment.”

The loss of a generation of opportunity for reform is all the more tragic because there are ways forward — not comprehensive but dramatic all the same — that are consistent with the rhetoric on both sides of the debate.

Pro-regulation forces should concentrate on popular provisions where the political winds are already at their backs, where the problem is a recalcitrant GOP Senate caucus that is out of step with most Americans, including gun owners and NRA members.

It would be something of an incremental approach, focusing on laws — especially increased background checks and the promotion of smart gun technology — designed to keep guns out of the hands of identifiably dangerous people. And it would cede ground on battles to ban or limit possession or ownership of specific weapons and large-capacity magazines, the mention of which put gun owners into a lather.

Every massacre in the U.S. — in Indianapolis on Thursday, and last month, horrific episodes in Boulder, Colo., and the Atlanta area — is a heartrending reminder of America’s lax gun control laws. After each one, we’re likely to hear a call for a categorical ban on certain kinds of guns, especially the AR-15 automatic rifle, the weapon of choice for lone shooters. But as the National Rifle Assn. points out, it is also “the most popular rifle in America.”

Banning assault weapons has been a political nonstarter. But as it turns out, according to the FBI, “active shooters” are responsible for fewer than 1% of America’s sickening number of about 40,000 annual gun fatalities. The heartland of gun violence is suicides (nearly 60% of gun deaths) and repeat violent offenders in gangs, shooters largely known to law enforcement and associated with illegal drug trade. Guns also play a huge role in domestic violence. Everytown for Gun Safety calculates that women in America are 21 times more likely to die by firearm homicide than women in peer nations, and nearly half those murders are committed by their partners. Women are five times more likely to be murdered by an abusive partner when the abuser has access to a gun.

The takeaway is obvious: We need a consistent, strong national system of background checks to keep guns out of the wrong hands, starting with those who have a violent-crime record, domestic abusers, the mentally unstable and minors. Multiple studies in recent years have found that a large majority of Americans, including gun owners, support a more robust background check system.

At his news conference last week, Biden touted two bills passed by the House and currently languishing in the Senate — HR 8 and HR 1446. They are a start. The first establishes a new background check requirement for transfers between private parties; the second closes the “Charleston loophole” by increasing to 10 days the time a dealer must wait to receive a completed background check. Under current law, after three days, the dealer must go through with the sale even if the background check has not come back.

In addition to strengthening background checks, reformers should push smart gun technology, which prevents anyone but the owner from using a firearm. If it were more widely adopted, it would make a dent in the 200,000 or so guns that are stolen annually and often turn up used in crimes. And here again, the gun community is not adamantly opposed — the NRA only objects to mandating the technology.

Fine, for now don’t require that all guns sold incorporate the safeguards. The majority of Americans, including gun owners, are willing to buy smart guns, and Congress can nudge the market — and therefore manufacturers — with a tax incentive for installing or buying smart gun technology.

Finally, as part of his gun proposal, Biden instructed Atty. Gen. Merrick Garland to make it easier to track so-called ghost guns (those made from kits) and to create a model “red flag” law that states could adopt if Congress won’t (these laws allow guns to be temporarily removed from those who present a danger). The administration can likewise instruct U.S. attorneys’ offices to target the most likely gun-violence offenders in their communities. I set up such a program when I was U.S. attorney in Pittsburgh — strict enforcement of possession laws, combined with social services in a “carrot and stick” approach can help bring down gun deaths.

For 25 years, Republican senators have remained in lockstep opposition to almost every move toward stricter gun controls. But the overall popularity of common sense reforms leads me to suspect some number of them could profit politically from breaking away. Gun control activists should concentrate on measures that don’t set gun owners’ hair on fire and on pressuring GOP wobblers. Better background checks and smart guns stand a chance of becoming law. They are our best shot for a substantial reduction in America’s scandalous rate of gun violence.

Harry Litman is a member of the Southern California Leadership Council of the Brady gun law organization. @HarryLitman