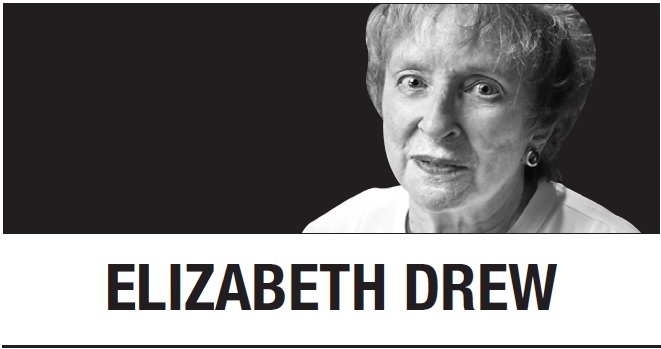 More often than anyone might think, ample grounds exist for wondering why anyone would want to be president of the United States. Yes, there’s the glory of being elected to occupy the country’s most powerful office, hearing “Hail to the Chief,” receiving military salutes, and being called “Mr. President.” One presides over elegant state dinners. One never has to wait in line for a tee time. Still, time and again, we see presidential hair turn white (Joe Biden’s hair, of course, has already done so, but the strain of the office will turn up in some way).

The sources of that strain are clear: Best laid plans go awry; unpleasant surprises lurk around every corner. At its start, Biden’s administration appeared to be a model of efficiency, especially compared to Donald Trump’s shambolic tenure. Even with a truncated transition — one result of Trump’s preposterous, and ruinous, insistence that he had won the election — Biden and his top aides seemed well prepared to govern. Biden’s heavily guarded inauguration — amidst tension lingering from the Jan. 6 attack on the Capitol — went off smoothly. Only hours later he signed 17 executive orders and issued directives aimed at reversing signature Trump policies, for example halting construction of the border wall.

Biden’s first legislative as well as executive priority was to get a grip on the out-of-control COVID-19 pandemic. Trump’s mishandling of the health crisis, some experts believe, caused hundreds of thousands of Americans to die unnecessarily.

Biden’s opening acts, which included reversing Trump’s withdrawal from multinational organizations as well as implementing environmental and equal rights policies, went further than any other modern president in undoing his predecessor’s policies. An affable, accessible figure, Biden was proving himself tougher than most people had anticipated. He kept up his calls for bipartisanship, but if the Republicans didn’t intend to work with him, which there was reason to assume that they wouldn’t, Biden demonstrated that he was prepared to push on without them.

The Trumpified Republicans, having become more partisan than ever, even oppose an expert proposal to beef up the clearly inadequate Capitol Police force. Some Trumpians insisted that the Jan. 6 riot on Capitol Hill, set off by Trump and ending in the death of five people, was no big deal.

By mid-February, the widespread consensus in Washington — among those not caught up in the Trump cult — was that Biden “hadn’t put a foot wrong.” But then his seemingly enchanted presidency was hit by a tsunami of challenges. Short of continuing Trump’s practices, there was little Biden could do to prevent word from spreading throughout Central America and Mexico that his administration would be more amenable toward immigrants. By early April, the number of border crossings had zoomed to the highest level in 15 years and included record numbers of teenagers and children without parents, overwhelming the government’s capacity for taking care of them.

Biden, in rare circumlocution and despite his sworn intention to run a transparent administration, affected that this wasn’t a crisis and wasn’t very different from what had happened every year at about this time. In another rare misstep, his administration has been secretive about conditions in some of the border refugee camps.

Immigration has proven an insoluble issue politically in the US for a long time, and Republicans leapt at the opportunity to embarrass Biden about it. His appointment of Vice President Kamala Harris to head the effort to reduce immigration numbers was a mixed honor. Harris’ assignment is the “root causes” approach — figure out why so many people from El Salvador, Guatemala, and Honduras want to leave their homes, or to send their children, on the highly dangerous trek northward. The root causes are believed to be corrupt governments, lousy economies, gang violence, and climate change — none of them conducive to a near-term fix.

The Biden administration also hadn’t anticipated the reappearance of yet another stubborn problem, the easy availability of guns. But two mass shootings within a week in late March in Atlanta and then Boulder, Colorado, forced the issue back onto the agenda. However, gun control is far more popular with the public than with the elected politicians in Washington, who still fear the power of the National Rifle Association, despite it being embroiled in legal challenges.

What’s changed in recent years is the growing power of advocates of gun control. With each mass slaughter these advocates tell themselves that this time they have a real chance. They are saying that now. The most popular proposal is to expand background checks on gun buyers; thing is, the Boulder shooter had passed a background test. Biden has come out for, among other things, a renewal of an assault weapons ban, but he isn’t allowing this issue to get in the way of other priorities.

Biden’s highest priority now is his $2 trillion-plus infrastructure program. I think that Biden’s decision to “go big” on this as well as the preceding nearly $2 trillion pandemic rescue plan reflects in part a subterranean rivalry between Biden and Barack Obama: Obama was cautious, and Biden, once his loyal lieutenant, is deliberately being bold. Obama compromised with Republicans, who opposed the proposals, anyway.

Biden’s concept of infrastructure is generous, to say the least: Transportation Secretary Pete Buttigieg defines it as “the foundation that makes it possible for Americans to thrive.” The Biden program goes well beyond the old roads-and-bridges-and-water concept of infrastructure — in actuality a small portion of the plan — to include among other things climate change and in-home care for the elderly. A second part, covering schools and affordable housing, is to be proposed later. The humongous program and taxes to pay for it face opposition in both parties, but a parliamentary ruling that it can be passed in the Senate with 51 votes (reconciliation) will help Biden enormously.

Some presidents indulge in the “Mount Rushmore syndrome” making an obvious effort to achieve greatness. Normally soft-spoken and apparently modest Biden is making his own bid for immortality.

Elizabeth Drew
Elizabeth Drew is a Washington-based journalist and the author, most recently, of “Washington Journal: Reporting Watergate and Richard Nixon’s Downfall.” — Ed.